We started school on Wednesday, so I've had three days with my kiddos.  They are still being perfect little angels, and, boy, am I enjoying it!  Aside from the fact that I have a TON of planning left to do to be ready for tomorrow, I'm excited for school.  That was rarely heard from me last year.

Some great things from my week:  (Sorry, no pictures of most of it ... I didn't take ANY with my kiddos this week!  I'm so beyond grumpy with myself for that!) 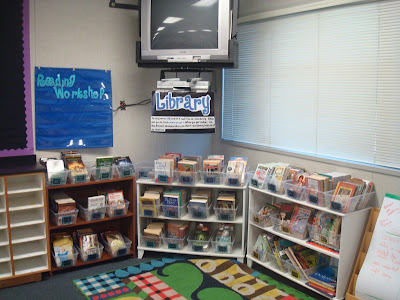 It looks so much more friendly.  Books organized by genre, author, and series.  You can see covers.  Every kiddo can reach every book!  I was happy with it before any of my students laid eyes on it, but their excitement confirmed mine.  We spent some parts of the morning gathered near the library (it's my whole group floor area too), which I know was a tease of the library for them.  After recess, we brainstormed how we choose books, and I introduced IPICK.  We went over library rules and being respectful of books.  They were practically drooling to look at books at this point.  I gave everyone an independent activity to do and then called small groups over to choose a book.  They were so excited for their turn and were hugging the books as they walked back to their desks.  All they wanted to do was read.  It was WONDERFUL.  Almost every student asked to take a book home to read.  I love the excitement over reading!

I hope all of your first weeks went/go well!
at 7:08 AM
Email ThisBlogThis!Share to TwitterShare to FacebookShare to Pinterest
Labels: beginning of school, classroom community, language arts

Dani
I am getting ready to start my 3rd year as a fourth grade teacher. I started this blog at the end of my first year. During my first year, I did my best to survive the year as I learned about having my own classroom, 4th grade, and my school. Reading many teaching blogs and reflecting on this past year has given me my general goal for the upcoming years: don't just survive, but thrive. 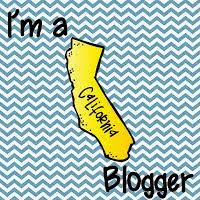